The increasing use of medicine already causes problems in the environment, and the use of medicines is expected to grow in the close future due to aging population. Data gaps in monitoring environmental fate of pharmaceuticals have been a problem, but now data analysis system and machine learning are harnessed to tackle this.

It took a few decades from the first mention to the presence of active pharmaceuticals ingredients (APIs; for veterinary and human use) and personal care products in our environment in the 1970’s to the realization of associated negative environmental consequences (Daughton and Ternes, 1999).

Since 2006, the European Union legislation has required an Ecological Risk Assessment to be performed as part of the drug molecule marketing authorisation process. However, it is not retroactive, and only 11% of the currently available drugs (1 900 in Europe) have undergone this process. In the recent years, thanks to progress in analytical methods that allow detection at limits within the ng/L range, we are now able to quantify the number of pharmaceuticals in various water bodies, realizing that we are in fact medicating our environment  (Arnold et al., 2014).

In many ways, pharmaceuticals are different from other pollutants (Fabbri, 2015). They are designed to be physiologically stable and active at very low concentrations, and they may be excreted as a combination of metabolites that may have biological activities of their own. On the other hand, their production and distribution pattern is more easily traceable than for some industrial pollutants.

Monitoring their toxic effects is hampered by large gaps in data. Especially assessing the effects of both peak and constant exposure, less known biochemistry (protein targets and pathways) of taxa at diverse trophic levels, understanding secondary poisonings and effects of combinations and cocktails are currently difficult. Particularly, pharmaceuticals in other species might be active at lower dose than in humans, or trigger different signalling pathways in different organisms.

A few project have monitored pharmaceutical across Europe, such as MORPHEUS that focus on the Baltic Sea (MORPHEUS [2017-2019]). Performing wide range monitoring of environmental concentrations appears to be tedious, as analysis methods need to be tailored to individual compound and milieu.

Understanding and predicting the toxic effects of pharmaceutical compounds in the environment requires at least two things. First, their presence must be monitored. This includes the consumption, metabolism and excretion of drugs, and the chemical and biochemical processes leading to their sedimentation or degradation. Second, their intrinsic toxic effects (Predicted No-Effect Concentration; PNEC) must be monitored.

Exposure can be modelled from observed concentrations or from consumption data. However, this requires precise monitoring of the local conditions. This can include, for example, population and its age structure, seasonal variations, geographical variations in the habits of consumption. Overall, even if the drug degradation pathways start to become understood (enviPath; Wicker et al., 2016), the many reactions involved and the potential targets of the byproducts across the wildlife are still mostly unknown.

SUDDEN focuses on degradation and elimination of APIs in wastewater treatment, as well in understanding greener development processes. We at the University of Helsinki are setting up a computational platform, composed of a database that will store chemical and exposure data coming from literature and internal data sources. The relational database will in particular contain water treatment efficiencies obtained from the LUT.

In the future, we will setup a data analysis system that will encode chemical and biochemical transformations. The data analysis system and a predictive model based on machine learning methods will allow to select the ideally quantified and most probable degradation products. In the end, we aim to predict the most effective removal methods or chemicals that are difficult to remove from wastewater using traditional methods.

The writers Maiju Rinne, Henri Xhaard and Mael Briand are researchers in Pharmaceutical Chemistry and Technology in the Faculty of Pharmacy at the University of Helsinki where Rinne is a postdoctoral researcher and Briand a doctoral student. Xhaard is a Docent and  leader of the Computational Drug Discovery group at the Faculty of Pharmacy. In Sudden, Xhaard is the leader for the workpackage 1. 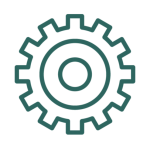